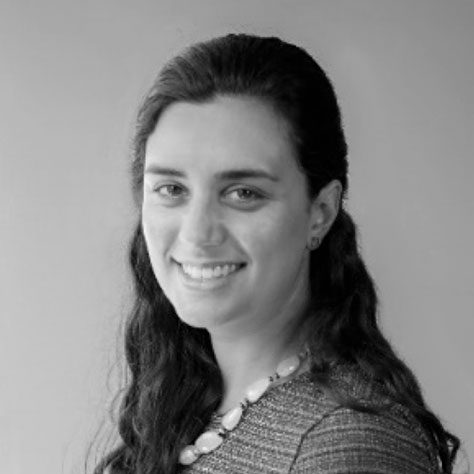 Kate Collins is currently a policy advisor at the US International Development Finance Corp. Previously she was manager at the Bridgespan Group, a management consulting firm focused on social impact. In that role she consulted on the launch of seven impact funds, including clients such as ABC World Asia and TPG’s Rise Fund. Her work in impact investing focused on climate smart food and agriculture, including low-carbon food production and soil carbon capture. Kate also worked on projects with a wide range of strategic focus areas, including racial equity in the US and early child development and education in the Middle East.

Prior to Bridgespan, worked as chief of staff at the Council on Foreign Relations and as a researcher in the U.S. foreign policy program. She worked at Bain & Company in Chicago where she consulted for a major retailer. She also worked in food & agriculture in sub-Saharan Africa, including in Malawi where she developed public private partnerships between multinational commodities companies and smallholder farmers for climate resilience. Kate developed a strategy for the reducing working capital costs for the grain industry for the Alliance for a Green Revolution in Africa based in Nairobi, and completed consulting assignments for investors focused on East African agriculture, an East African government, and MIT’s Development Lab.

Kate has an MBA from MIT Sloan and an MPA from the Harvard Kennedy School. She graduated Phi Beta Kappa from Johns Hopkins University. While at MIT, Kate was a Kirchner Food Fellow, working alongside her cohort to complete an investment in Tomato Jos, a Nigerian tomato paste company.