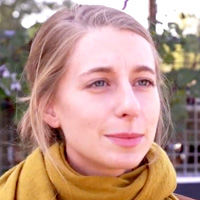 Sydney currently holds bachelor’s degrees in Anthropology and Art History with minors in Spanish and Sustainability from Auburn University, where she graduated with honors in 2013. She has spent the past three years working for the World Food Programme, a UN organization committed to improving global food security by providing assistance during conflicts and disasters. Sydney conducts operational reviews of WFP’s major operations, including the ongoing conflict in Central African Republic, the 2014 Ebola Virus Outbreak in West Africa, and the 2015 Nepal Earthquake.

While recognizing the role that humanitarian organizations can play in ameliorating some of the world’s most pressing issues, Sydney believes that social enterprise can spearhead sustainable and results-based innovations that will tackle global food insecurity. Sydney will be starting a Masters of Development Practice (MDP) at Emory University in Fall 2016, where her research will focus on the social and cultural impacts of small and medium social enterprise.