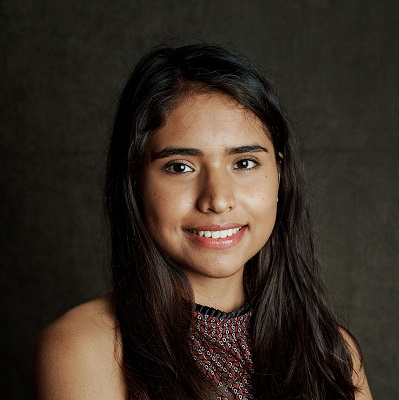 Karla is a graduate student at UAQ (Autonomous University of Queretaro) in Queretaro, Mexico, where she earned a BSc in Agroindustrial Engineering. Currently she is looking for a Masters in Plant Sciences at Wageningen University and Research.

Karla’s interest in agriculture began at early stages of her life, due to the environment where she grew: a family of Mexican farmers, so it was not difficult to enroll to her bachelor, where she focused on greenhouse technology as well as hydroponic crops. As part of her experience, she has participated in the program “Support to small producers: capability, development and associativity” launched by SEDEA (Secretary of Agricultural Development) in Queretaro. In addition, she had the opportunity to develop a project on green hydroponic fodder in Experiencias Xcaret, Quintana Roo in order to promote sustainability in its processes.

Karla is enthusiastic about new technologies and the promise they hold for the agricultural sector.