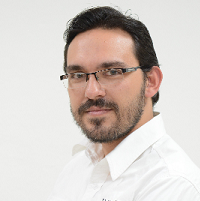 Adrian is a Plant Biotechnology PhD candidate at CINVESTAV-IPN (Center for Research and Advanced Studies of the National Polytechnic Institute) in San Pedro Zacatenco, Mexico. He is also an entrepreneur and with his platform INFOOD® he is helping more than 200 small farmers from around Mexico with access to high value markets.

Adrian had received awards from his academic activities like the “Cesar Garza National Prize 2010 for Seed Research” and the “IDi4Biz Prize” he also have received recognition for his entrepreneurial adventures, like the being named one of the 10 best “Innovators Under 35” in Mexico by the MIT Technology Review. While working with small farmers from Mexico, Adrian has developed the mission of ending with the idea that being a small farmer should be the same as being poor, he believes that food security should be tackled in a holistic way harnessing the knowledge of small farmers.